The beaches of Salento, are they windy? 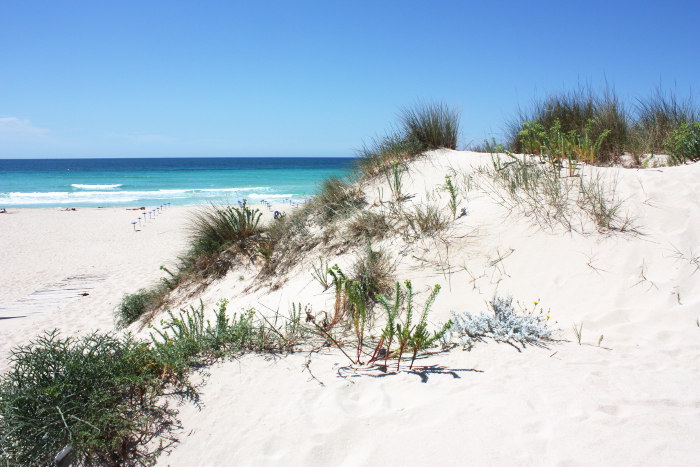 During the year, I receive several requests in which you ask me whether the beaches of Salento are windy. E.g., Simona says: “Me and my man, we are a couple with a 3 year old baby boy. We love good sea and sandy beaches. Obviously, because of the kid, we need a beach that is fully equipped, accessible with the stroller and absolutely NOT WINDY“. Silvie, to whom I suggested some tourist houses for rent in the area, asked me: “Is there a difference in the quantity of wind blowing on the beaches than on the areas where the houses are located?”

What can I say? That’s a very good question! These are the words that universally characterize our territory: Salento, lu sule, lu mare, lu ientu (the sun, the sea, the wind). It’s easy to get that there is plenty of these three natural elements at these latitudes. However, while sun and sea are very pleasant ones, the wind is not, is it? I’ll start telling you how’s the situation down here.

What kind of wind does it blow in Salento?
As in any other place in the world, there are winds blowing from all directions. During summer, the most annoying winds are the ones blowing from south, from Africa. The African winds bring wet heat and make breakers, i.e. big waves on the sea on the Ionian coast of Salento. When there is the Sirocco of Africa, the situation gets unpleasant,or at least I cannot stand it. However, the kids have great fun in jumping the waves: I suppose this depends on the point of view. Generally, though, in summer the wind that blows the most is the one coming from north-east: it is the Tramontane, a cool and dry wind. When it’s hot and there’s this wind, it’s wonderful, since on the Ionian coast, from Porto Cesareo to San Pietro in Bevagna, and from Gallipoli to the Maldives of Salento of Pescoluse, the sea becomes very flat and you feel like you are swimming in a lake.

Which wind blows the most in Salento?
Since I was born here, I can tell you from personal experience that, in summer, the cool, dry, amazing Tramontane blows for several days. The Sirocco of Africa, instead, blows only for a few days. Some years it happens the contrary, but it is very rare. In general, however, consider that, since Salento means sun, sea and wind, the latter blows almost always; it is kind of a constant in Salento, because it is always present, even if in minimum part. And it is not annoying at all. Actually, imagine being at the beach, 30 or 35 Celsius degrees out there, but with the light sea breeze over your body …

Why is it always blowing some wind in Salento?
I definitely have no idea. Salento is a peninsula of Puglia: it is surrounded by the sea, except for the strip of land that links it to the rest of Puglia. It is a flat area, except for some ranges. Mountains are very far from here: you have to gaze at the other side of the Ionian sea in Calabria, or at the other side of the Adriatic sea, towards Greece and Albania, to find them. Since there are no mountains, there are neither barriers that may prevent the wind from blowing, so that’s why it always comes seeing us.

I can ensure you, however, that it’s better in summer: it is definitely worse having to stay in a big city with the heat without any vent of wind than being on the beaches captured in these pictures I took in Torre Lapillo, isn’t it?