Top 3 things you absolutely must see in Lecce 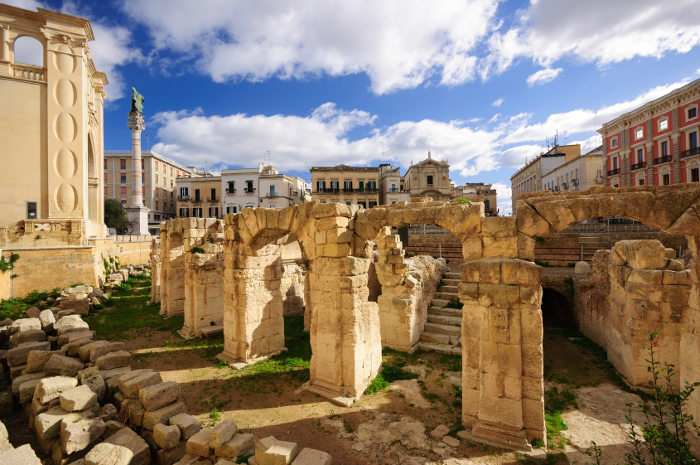 The historical centre of Lecce in Puglia is big and beautiful: hundreds of alleys, winding streets which get lost among the Baroque buildings, made in Lecce stone (pietra leccese), with ornate balconies, courtyards full of flowers, and dozens of churches that appear all of a sudden. The most beautiful thing about Lecce, in my opinion, is the pleasure of walking through its centre, stopping in the bars, and always meeting lots of people in the street (apart from during the hottest hours of the day in summer). But there are three things, in my opinion, which absolutely must not be missed during your visit to the city: the Basilica of Santa Croce, the Roman Amphitheatre, and Piazza Duomo. There is so much more to see and visit, but these three are, for me, the most important. You can also create your own mini tour of the centre, in the order I suggest below: your holiday in Lecce will surprise you! 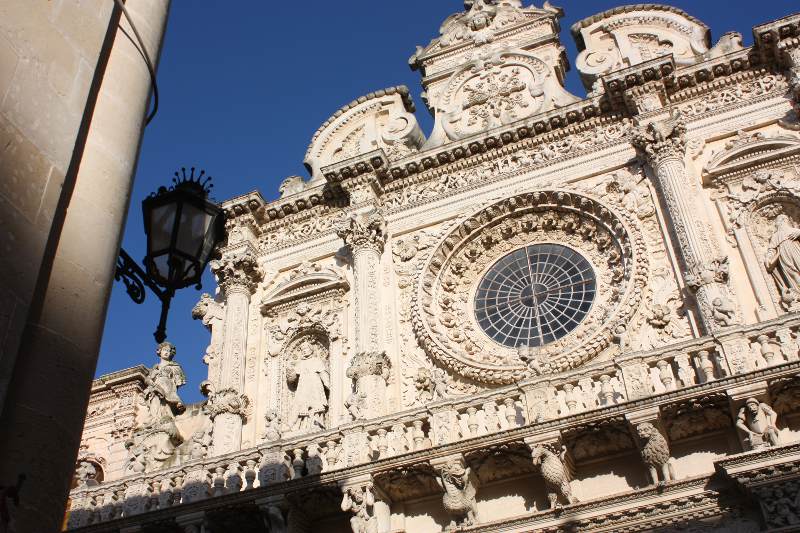 Its rose window and iconography on the facade are marvellous. It’s the symbol of Lecce, the pearl of Baroque architecture and of the magnificence of Salento. The Basilica of Santa Croce has the peculiarity of appearing all of a sudden among the narrow streets of the historical centre, a few steps from Piazza Sant’Oronzo. Along its entire facade, you can admire a narrative full of symbols, religious references, saints, popes, rhetorical figures, epic battles between East and West and many other curiosities. For more information, click here 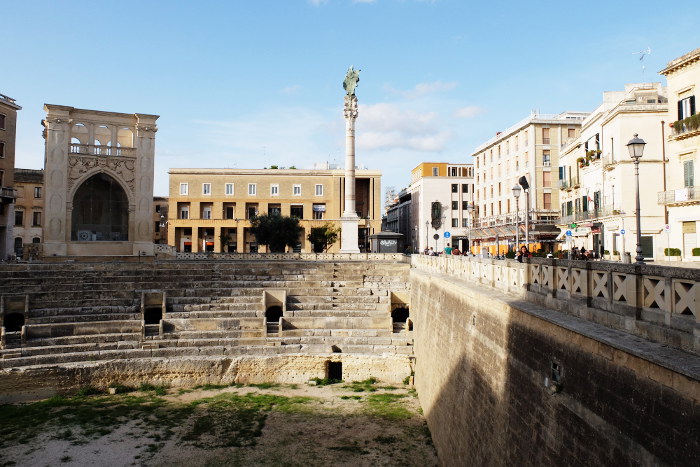 From the Basilica of Santa Croce, head through Via Umberto I and Via Templari, in Piazza Sant’Oronzo, the heart of the city. Here, behind the column on which stands Sant’Oronzo, you will find the Roman Amphitheatre. The amphitheatre was discovered at the start of the twentieth century by some workers during the construction of the building of the Bank of Italy. It was completely buried under the city, so much so that it is still not 100% visible. It is the most important testimony of the Lupiae Roman period, the ancient Lecce. It is though to date back to between the first and second century A.D, between the age of Augustus and the Trajan-Hadrian one. It could hold around 25000 spectators. For more information, click here 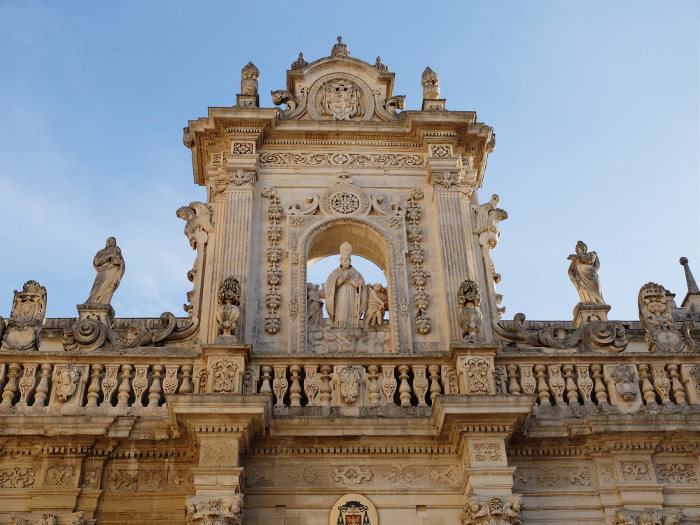 From Piazza Sant’Oronzo, move in the direction of Via Vittorio Emanuele II. After a few hundred metres, you will arrive in Piazza Duomo. The feature of the square is that it is a closed piazza: there is only one entrance, on one side, the other three sides are completely enclosed by buildings. In the square, you will find the Cathedral with two facades, the Bishop’s Palace and the Seminary. For more information, click here.

Now, you are in the heart of the old city of Lecce. Continue your walk, take a break in one of the numerous cafes for lunch or dinner and, perhaps, you can point out things to add to this mini list of things to see in Lecce!