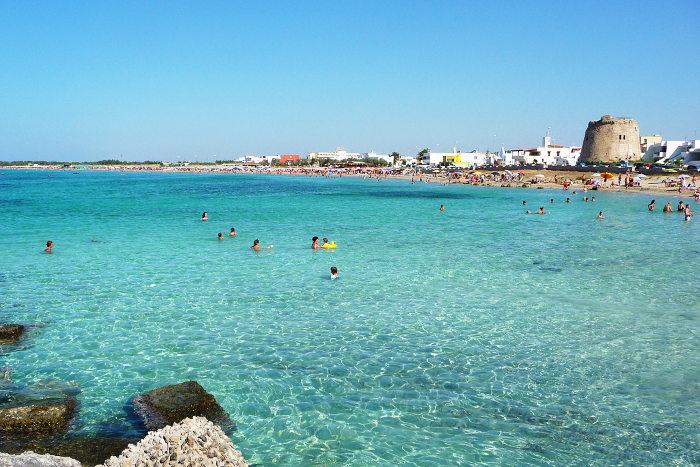 The beach of Torre Mozza is in Ugento, in Salento, between Torre San Giovanni and Lido Marini and Torre Pali beaches. It is a beautiful beach that joins up with the white beach of Torre San Giovanni to the north, creating a continuous line of sand kilometres long. Torre Mozza is in itself a very small centre inhabited by a few dozen people that increase in numbers during the summer due to the amount of holiday homes in the area. It is called Torre Mozza because, like most of the sea towns in Salento, it develops around a coastal tower that is called Torre Mozza: a watchtower built in the 16th century to sight Turkish ships that would raid the whole of Salento. Today, the tower is still standing but the top has collapsed, thus the name Torre Mozza. You can see it while lying on the beach. 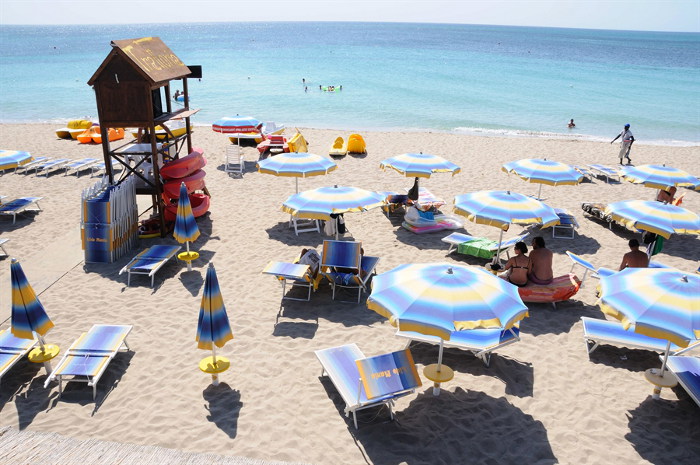 As I was saying, the town is small with holiday homes and flats on the beach. Via Giovanni Battista Tiepolo is the coastal road. To reach the beach you can park here on the coastal road or in the inner lanes of the town, wherever you can find a space. Besides being the most comfortable way to reach the beach, Via Giovanni Battista Tiepolo is also the main road where you will find various services: bars, restaurants, hotels. Torre Mozza also has various residences and a village for those who prefer an all-inclusive holiday. 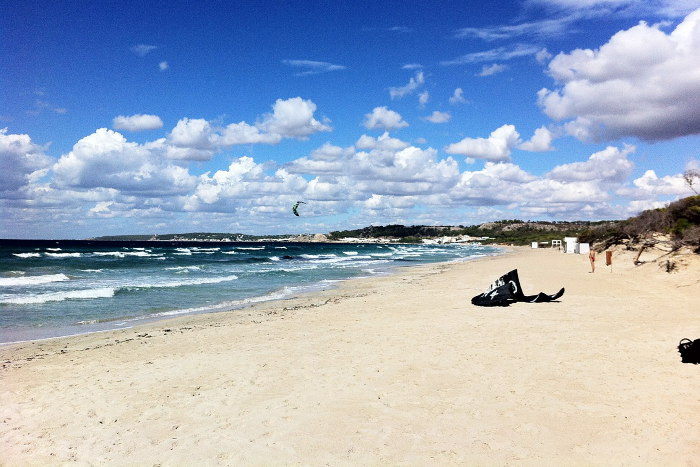 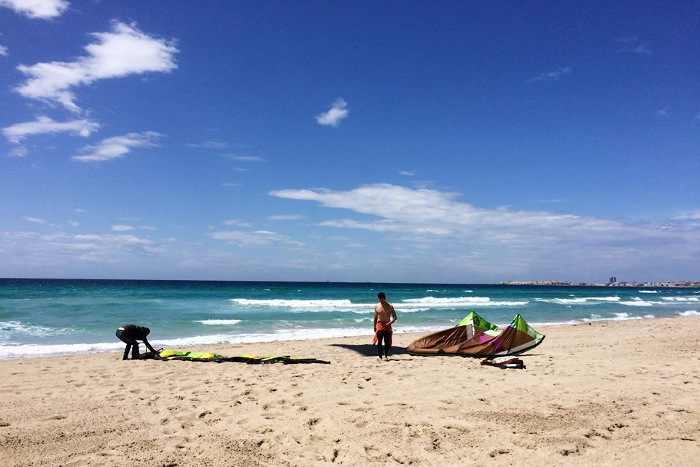 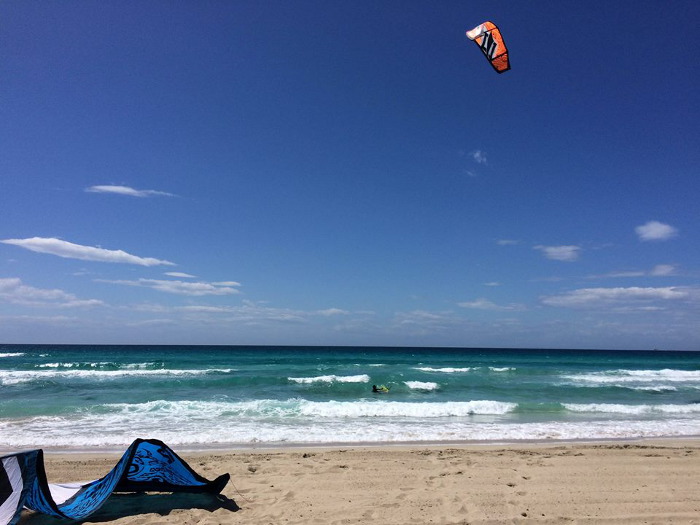 Now, to the beach. It is about one kilometre and a half long. On the southern part it has houses and services right on the beach beginning from the tower. The more you head towards the northern part, the more you will see the little sand dunes with Mediterranean maquis and the area becomes wilder. It is a white sandy beach with a gradual access to the sea therefore adapt for families with children as well. The beach is both free and with beach clubs like Playa del Sol and Lido Mania that offer animation, cafeterias and restaurants, free wifi, fitness and pizzica lessons at request. On the northern part there is the Locals Crew A.S.D. Association where you can do kitesurfing, sup, wakeboarding, windsurfing and catamaran sailing. It is also possible to go on sail boat outings with a skipper.