A family holiday in Puglia 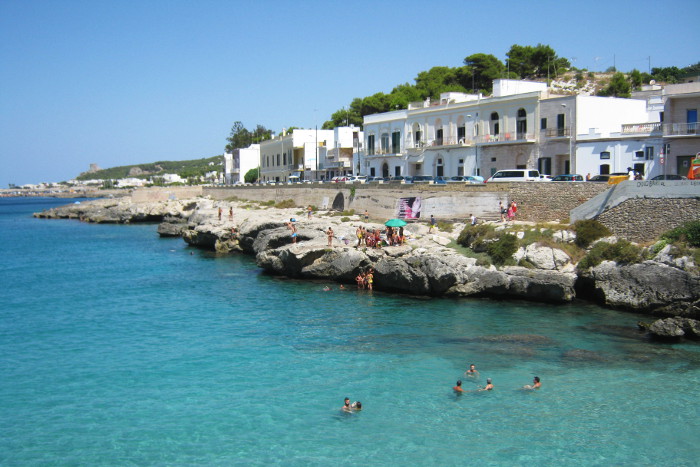 We landed at Brindisi airport Friday evening with Ryanair FR1462 and got our rental car quite fast. A white FIAT 500L with an engine just a little bit bigger than a lawn mower! This holiday trip had been planned for approximately 6 months with all places to be seen and the bookings of hotels and scanning the web for nice places. It was by doing this I came across ThePuglia and Fabio’s service of renting houses in this beautiful part of Italy.

When sitting in the car we programmed the GPS with the first b&b which we were going to stay which was Tasting Puglia a charming little b&b close to Cisternino. The b&b was situated at a quite high altitude (for Puglia) in the country side and I’m glad we had a GPS! It was not until the morning we saw the beautiful view of the landscape were this b&b was placed. I can strongly recommend this place. 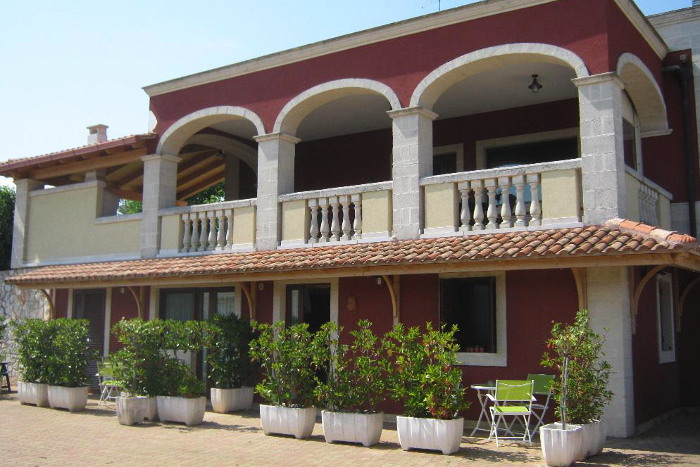 After an Italian breakfast we took off to Noci where we had an appointment with one of my favorite winemakers Elvezia Sbalchiero at A Mano Wine who are producing top class wines from Puglia with the interesting grape Primitivo. After two hours of tasting and discussions with Elvizia it was lunch time and then we started our trip to Torre Lapillo where we had rented a house from Fabio. On the way from Noci to Torre Lapillo, Elvezia had explained the different kind of fruits that was cultivated on the way down to the ocean. This was an interesting trip through an agricultural country where figs, apricots, table grapes and many more was growing. 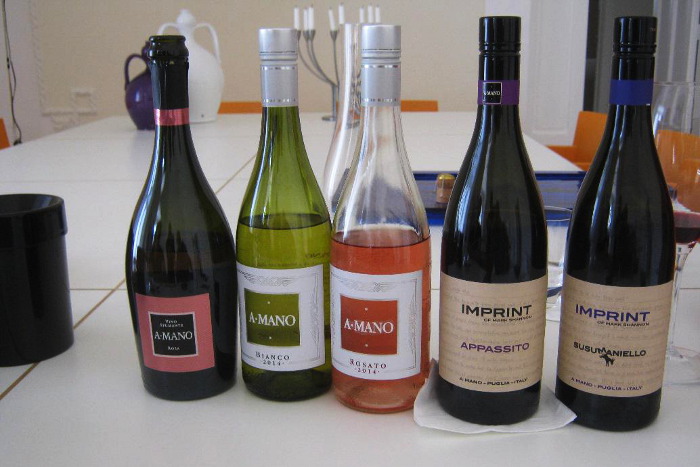 Wine tasting at “A Mano” in Noci

We arrived approximately 1h after our appointment with Fabio and when I called him he just laughed and said that “everyone is late today!” He came with the keys and showed us “Casa Elisena” which we had rented for one week. The house was 50m from a top beach and 500m from down town Torre Lapillo. The first thing we did after Fabio left was to take a swim in the Mediterranean water. For a Swede this must be close to paradise! Sun, beach, warm water … 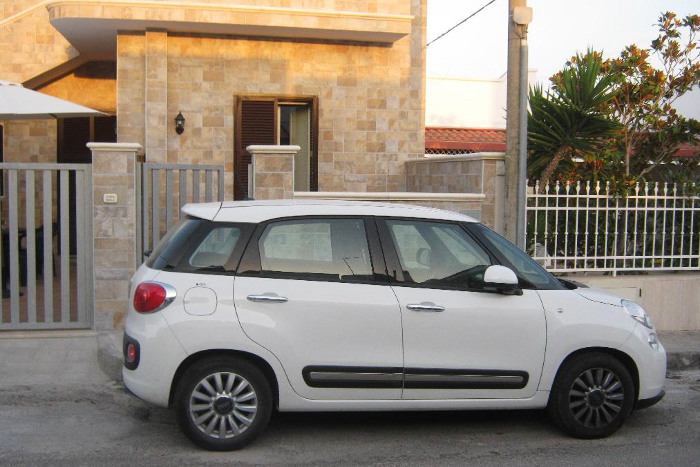 The powerful!? Fiat 500L in front of “Casa Elisena”

The house was perfect it contained everything one can ask for during a summer vacation. Especially appreciated was the outdoor shower which was frequently used after each swim in the salty Mediterranean. The breakfast and lunch was at the house and dinners was at different restaurants in the area. There is one restaurant that was a little bit extra and that is Pescheria 3.0 which is the best fish restaurant I’ve been to and this is considered to be a “fast food” place!! You pick your fish and they prepare it for you, super fresh! If you have a chance, go there! 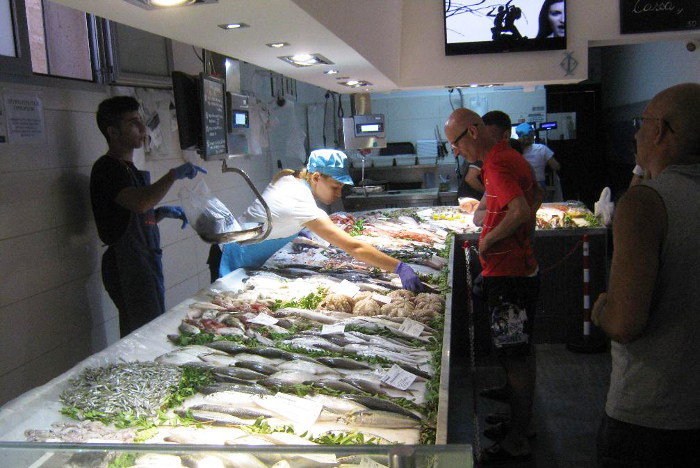 Pescheria 3.0. A lot of different fish to choose from …

This week in Casa Elisena was relaxing and we spent our time at the beach, sun bathing and reading books and eating at one of restaurants nearby. At the beach there was a small snack bar where they sold ice-cream, pizza slices, coke, beers, and other things. This was a fantastic week, bathing, relaxing, fun, new friends, new tastes. All the people we met where extremely kind and helpful and we got a lot of new friends despite the communication problems. We will come back to Torre Lapillo next year! Fabios advise and service was excellent. Everything has an end and all of a sudden it was Saturday and we said goodbye to all the people we met and Antonella (working with Fabio in the office) had our sun umbrella for her lazy time at the beach.

Our trip continued to Santa Maria de Leuca on the heel of Italy. On the way down we stopped in Gallipoli for a view and we also stopped for a coffee in Santa Maria al Bagno and this is a pearl that I will keep as a secret and not say to anyone. A beautiful small fishing village with a little beach in the centre of the village. I will come back to this place. When reaching Leuca we stayed at Messapia Resort that was designed to activate the Italian tourists and we were offered water games, work out, massage and all other activities one can think of. Again, there were a few communication problems but it was often solved with a smile and “Siamo Svedesi, non parliamo italiano” and we received a smile back. That evening we took some time in the center of Leuca and walked around and looked at the boats and had a very nice dinner with a fantastic view.

Next day we had a smashing breakfast with very football interested breakfast personnel who we had a discussion regarding Zlatan and Paris Saint-Germain and Swedens chances of going to European championship in France next year. After the breakfast we drove north along the east coast. This side of Puglia is very different from the west coast where east coast has fantastic rock and caves formations which is perfect for scuba diving. Next year we will probably aim for a couple of days at this side of the peninsula to just scuba diving. During the trip north we stopped in Otranto, which I had read a lot about. Here we walked around and had a caffè in ghiaccio con latte di mandorla (coffe with ice and almond milk), one of the specialties for this part of Italy. My personal comment is that Otranto is a bit over estimated. 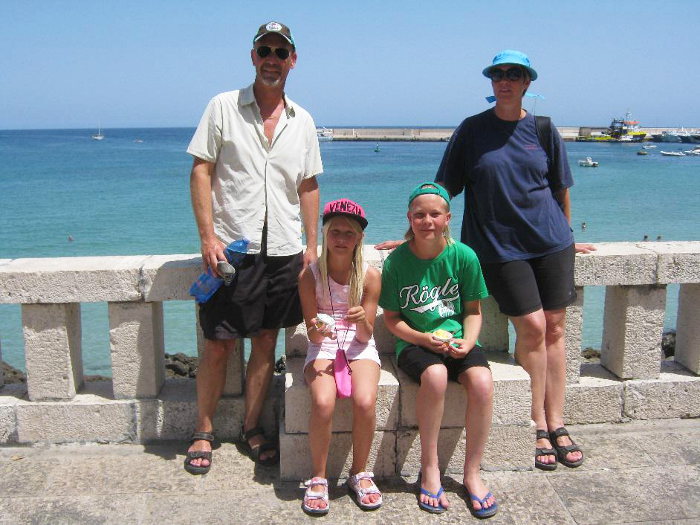 Water and ice-cream break in Otranto

We continued to Lecce and reached the city in the evening. We parked the car at the Hotel Delle Palme and walked into the old city. Fabio had recommended to spend some time in Lecce instead of Brindisi and I fully agree with him. This is one of the most beautiful cities I have visited. It was a privilege walking around in the old part of Lecce and to see this fantastic architecture which seems to be a mix of Rome, Greek, Arab and even Vikings! I fully understand why this is called la Firenze del Sud (the southern Florence). I also think there are similarities with the area around Piazza Navona in Rome. This is a place to walk around, sit down, have a beer or a glass of white cold wine, digest all impressions and then continue to walk and see more. You will always find new things to see in Lecce!! Go there!! 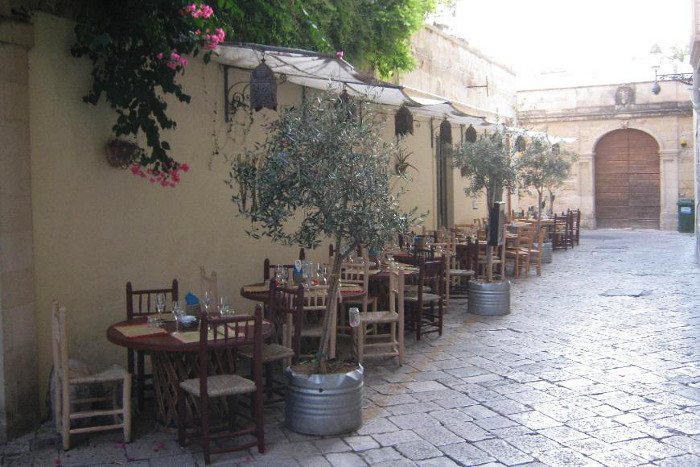 Only a glimpse of the beautiful city of Lecce

[All texts and picture are by Niclas Friberg. Thank you!]