Fugu, the place to go for Japanese food in Lecce 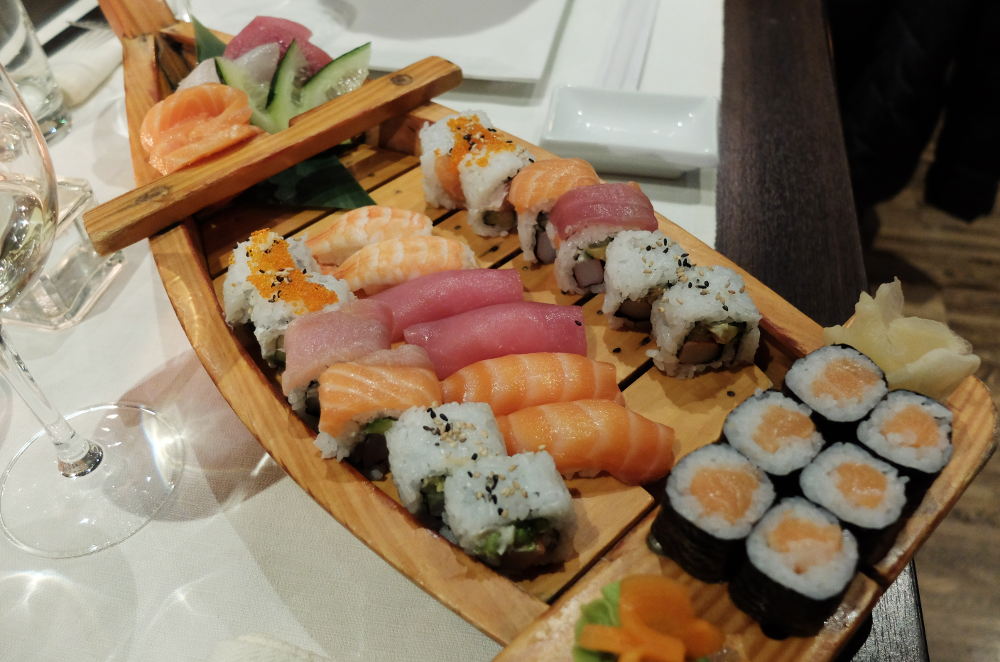 I had been craving some delicious Asian cuisine for some time when the perfect opportunity presented itself right in my home town, Lecce. Where? At the Japanese and Thai restaurant, Fugu. Here are some shots from my dinner with Chiara from In Chiara Veritas, enjoying our Japanese tasting accompanied by an excellent bottle of wine from the Valle del Maipo in Chile! Because even Lecce can be exotic! 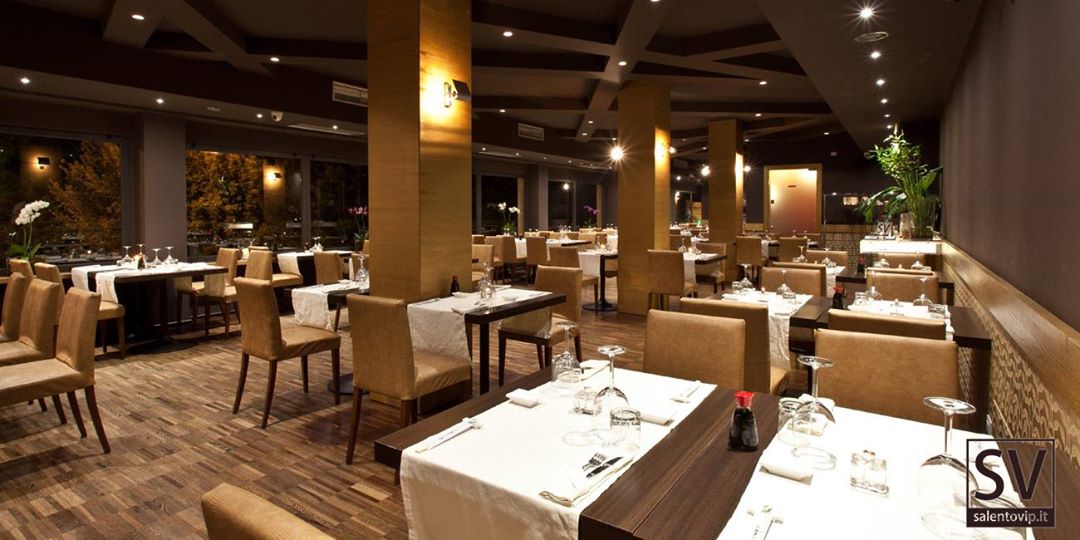 Fugu is situated in Via Cesare Battisti in the town centre, in front of the Villa della Lupa public gardens. Easy to reach from the historical centre which is just a stone’s throw away. Speaking of the historical centre, take a look at my article 3 things you absolutely have to see in Lecce and discover one of the most beautiful cities in Southern Italy. Truth be told, I could tell you about at least a dozen things that you absolutely have to see, but that is for another post. Getting back to Fugu, I didn’t know this but: there is also another branch of the restaurant in Brindisi. The choice is yours. 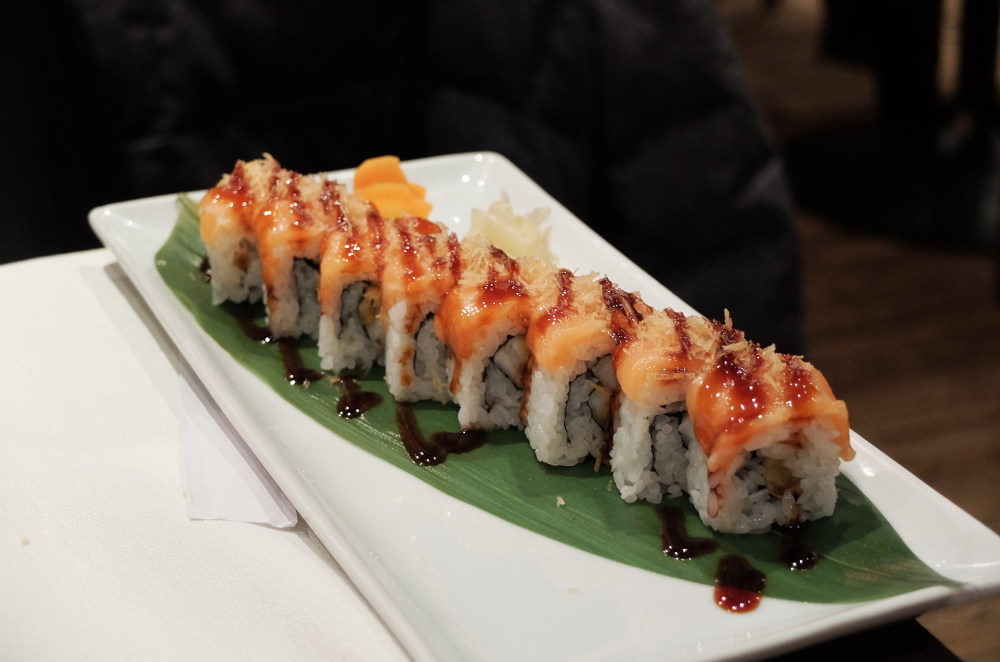 Fugu restaurant presents itself as a Japanese, Thai and international food restaurant. We are mainly interested in the Japanese food. There is an ample choice: Japanese or Thai tempura, starters, tartar, ceviche, carpaccio, hosomaki, uramaki, nigiri, sushi, sashimi, temaki, chirashi sushi, futomaki. Names that translate into dishes similar to those that you see in this article.

The perfect wine to accompany sushi

Instead of pairing our meal with a traditional wine, we decided to try something different. Just what you would expect from true Italian connoisseurs! We opted for a Chilean wine from Antinori: Haras De Pirque. The following are not my words, but Chiara’s, and they are a perfect introduction to this wine. 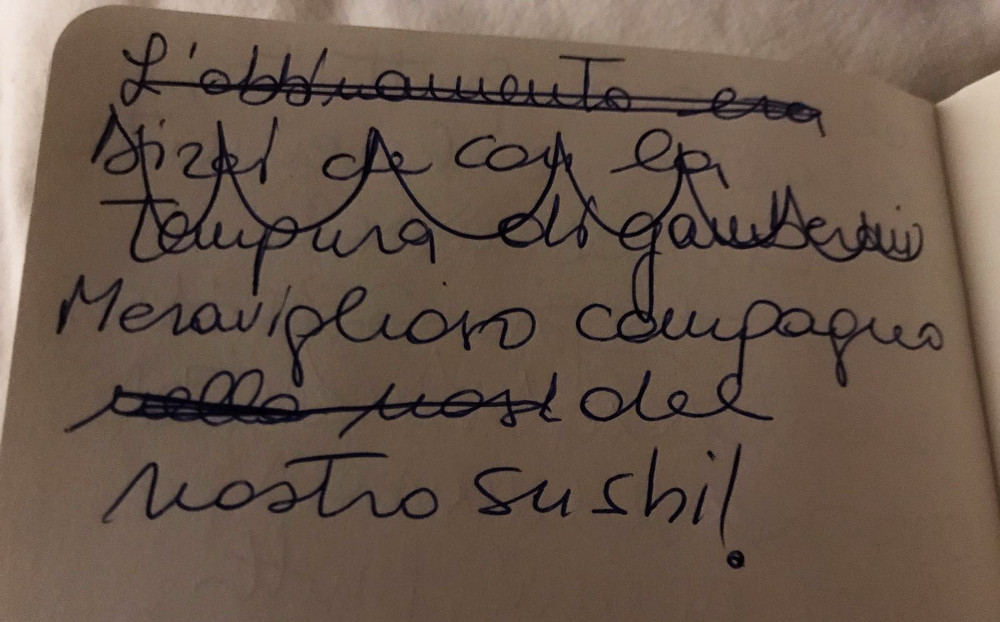 “We decided to accompany our dinner with a 2016 Chardonnay Reserve from Haras De Pirque. Haras de Pique in located in the northern part of Chile’s Maipo valley. It became part of the Antinori group in July 2017. And the Antinori brand is synonymous of quality. It is strange to think that these grapes are harvested in March! The youthfulness of this wine stands out immediately in its greenish hues. It has a fruity, herbaceous and slightly spicy aroma. Citrus, exotic fruits and sweet spices come through with each sip, suggesting an oak barrel ageing process, without ever overpowering its excellent richness. A wonderful companion for our sushi” 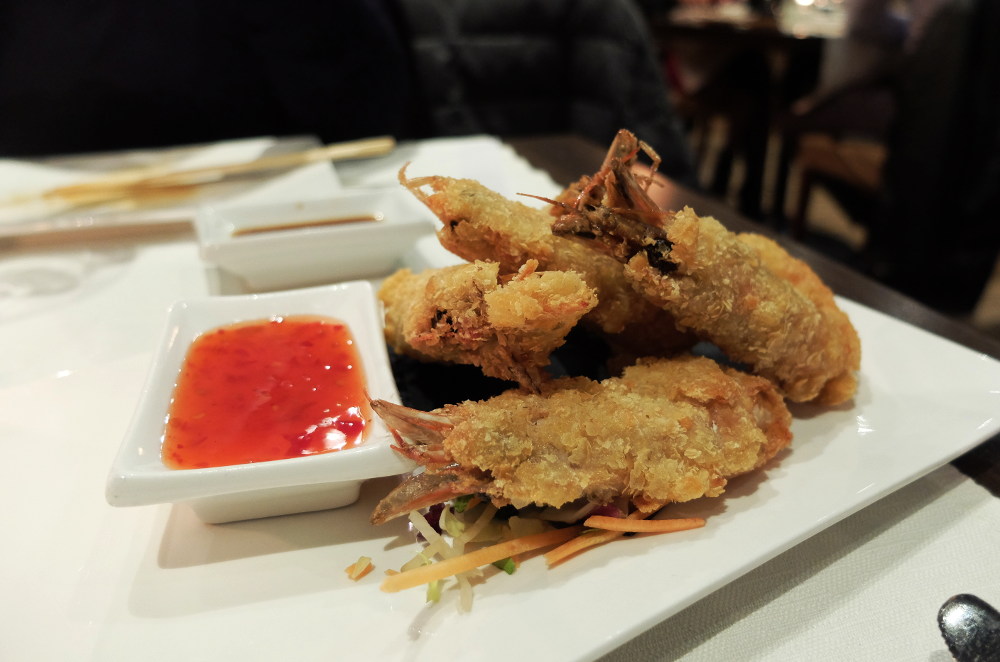 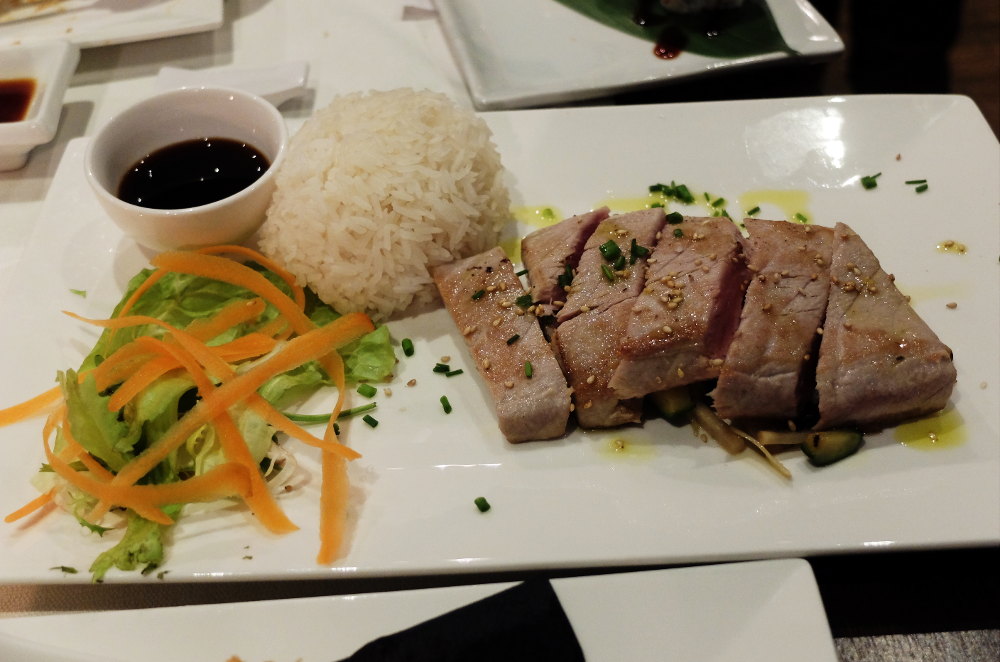 An excellent meal! Let’s go and see the restaurant staff at work – you can never be too curious! 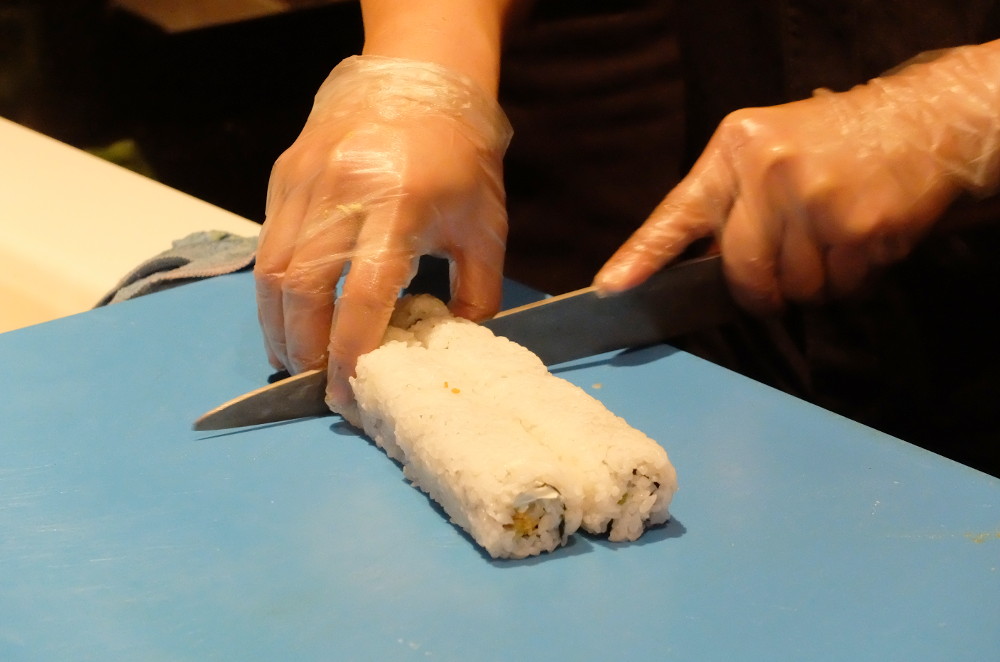 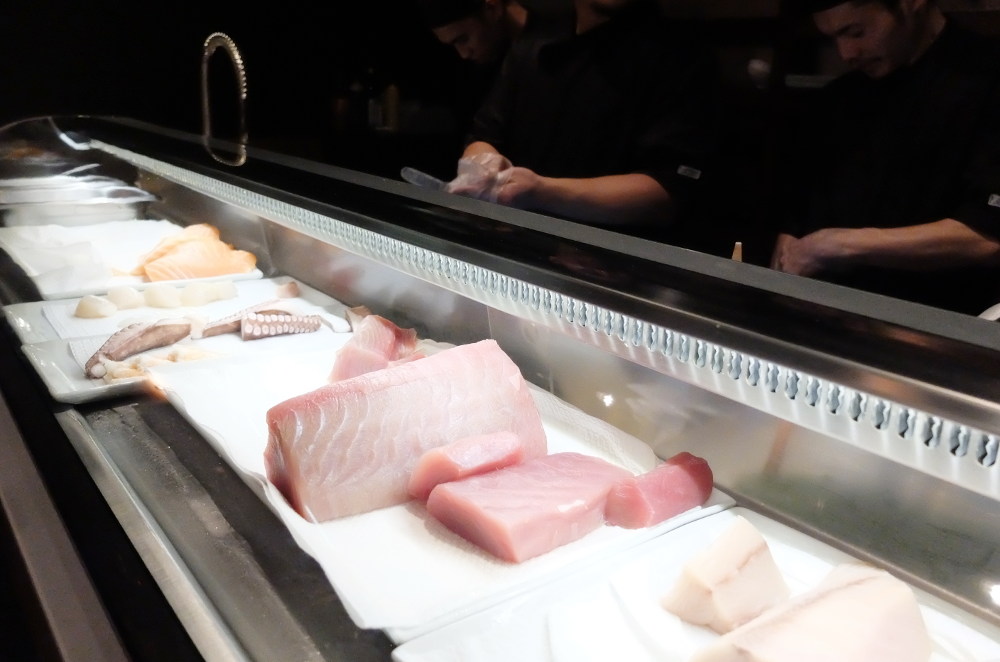