Torre dell’Orso, the most beautiful beach on the Adriatic Puglia 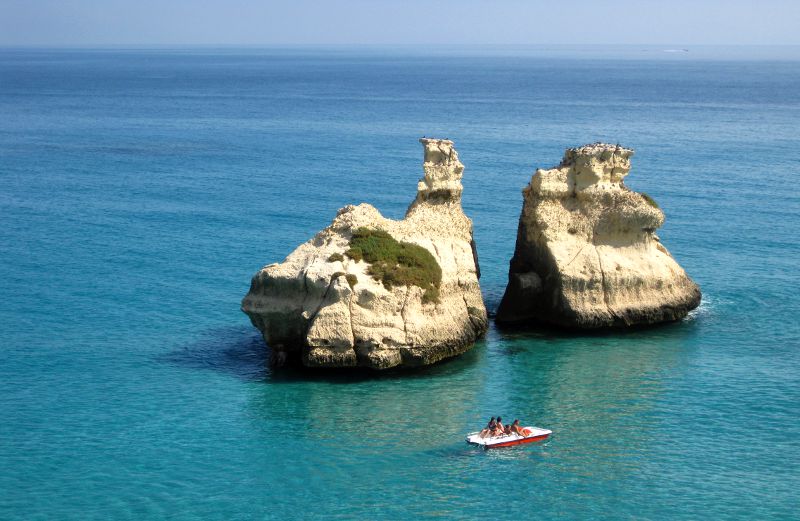 One of the most beautiful beaches in Puglia is the beach of Torre dell’Orso at Melendugno in Salento. It is a bay of almost 1 kilometre with very fine sand, dunes and a pine grove behind the dunes. The sea in this area is limpid and crystal clear thanks to the currents from the Otranto Channel. You can get there on the Adriatic coastal road from the north, just after Roca. While from the south it’s just after Torre Sant’Andrea. The beach is inside a bay dominated by the Torre dell’Orso (the tower of the bear), a 16th century coastal tower partly demolished (see following photo. I also added some photos of the beach). To counteract this tower built by man there are two sea stacks erected by nature that you saw in the opening photo. The sea stacks are called The two sisters. I will tell you the legend about them.

The two sisters (the sea stacks)

I must start by saying that I have heard various versions of this story. It is said that once upon a time there lived two sisters in a small town in the Salento Greece. The sisters where always hard at work. One day they decided take a pause and go to the seaside, some say it was to take a break from the heavy work, others say to see the sea for the first time. When they got to the sea, one of the sisters was so attracted to it that she threw herself off a cliff. The other sister heard her shouts from the sea and threw herself off the cliff as well to save her. But they never were able to get back to shore. The Gods felt such compassion for the two sisters and for their sad story that they transformed them into the two sea stacks we can see from the beach. If anyone knows of a more detailed version, he or she can share it with us on the comments section.

Why is it called Torre dell’Orso? 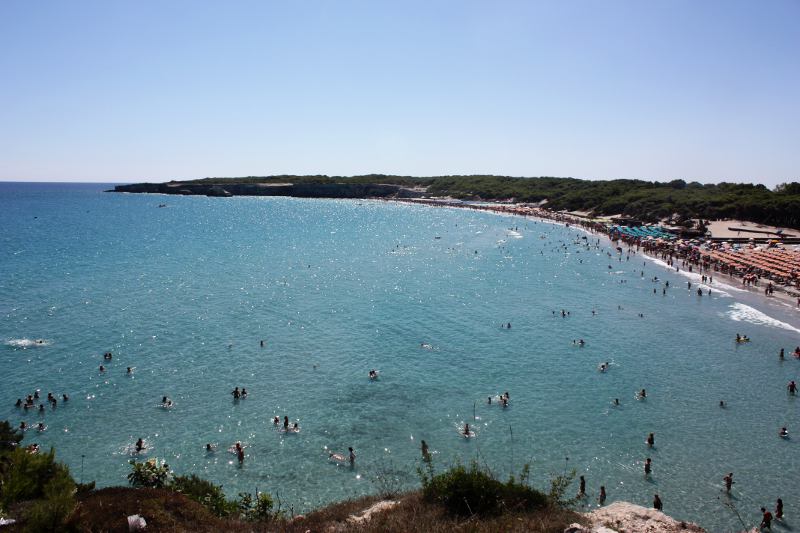 I have always asked myself that ever since I was a boy. Are there any bears in Torre dell’Orso? Ok, young boy queries, and once you grow up you realise there aren’t any bears in Salento. So, why this name? There are various hypotheses:

– According to some the name comes from Sant’Orsola
– Others say that under the tower there is a rock that represents a species of bear (Wikipedia says so, I have never noticed though. If you go try finding it)
– Others still say that the name comes from Urso, the surname of the family that owned the land in the past.

Along the bay there is also the Grotta di San Cristoforo (the Cave of Saint Christopher) that is in the south eastern part. The cave was built by man around the IV and II centuries B.C. It was probably used as a place of worship. In fact some graffiti and writings in Greek and Latin have been found in it.

Along the bay of Torre dell’Orso there are the following seaside resorts: Lido Costa d’Oriente, Lido La Sorgente and Lido L’Orsetta. 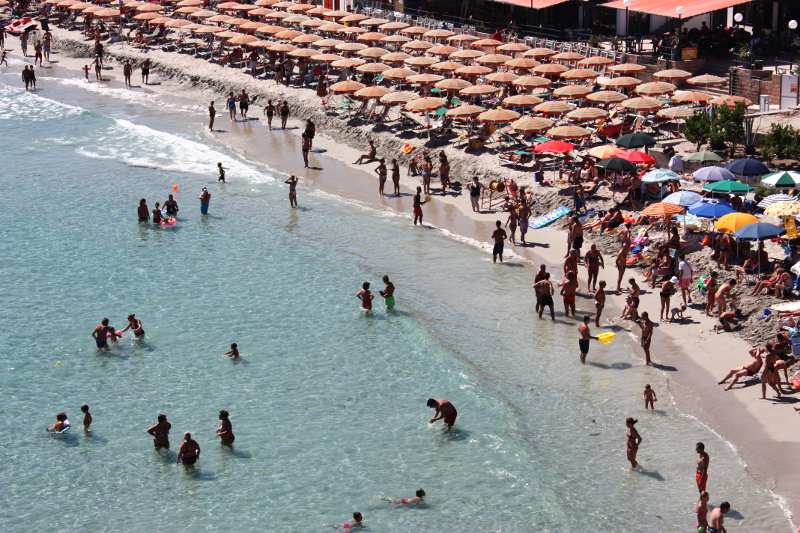 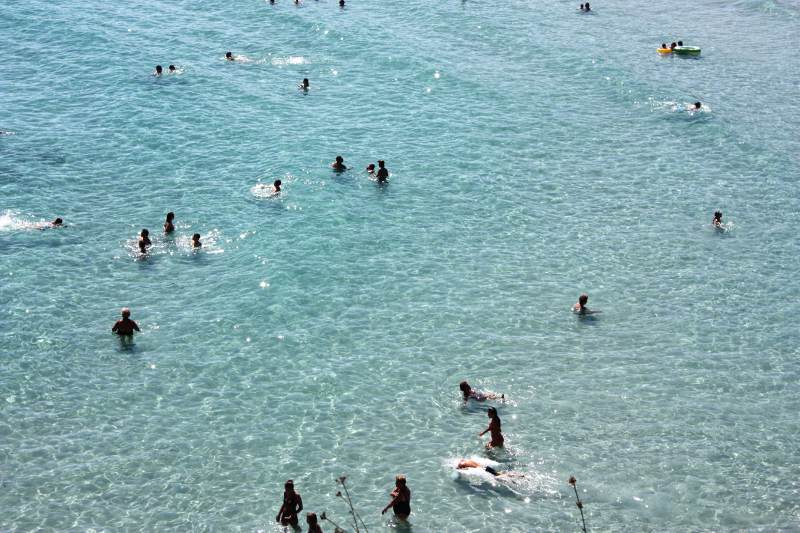 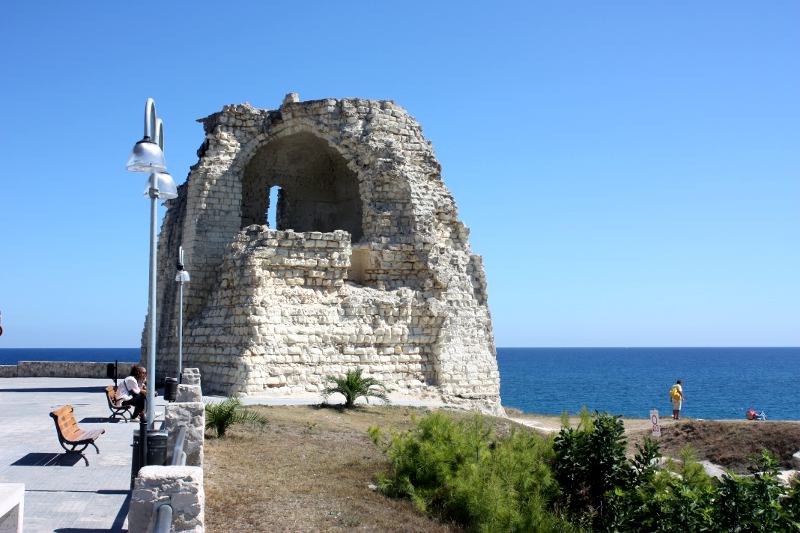 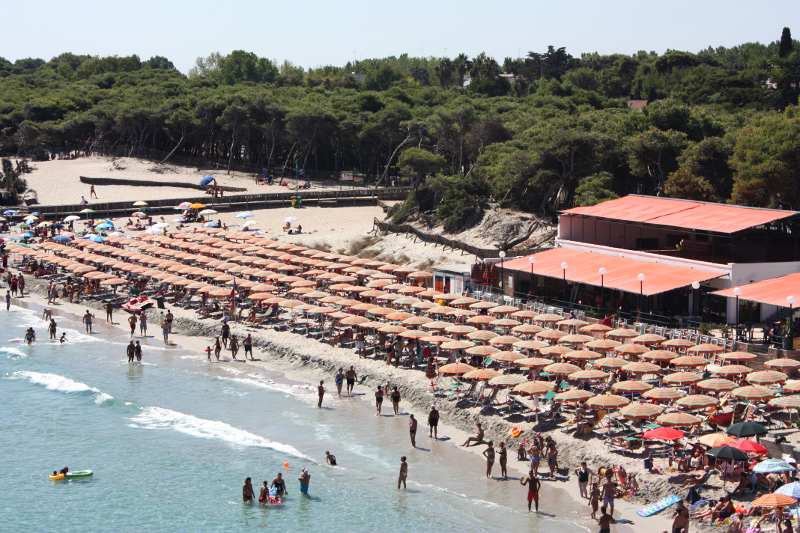 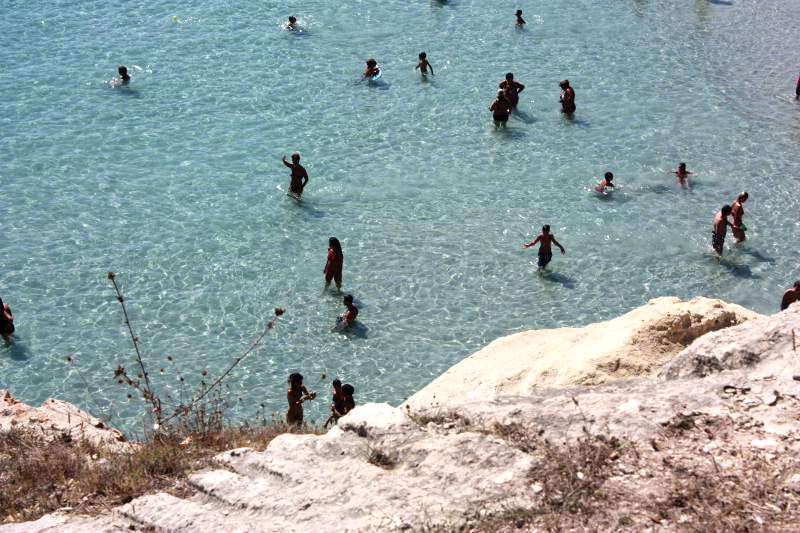 Photo of the sea stacks | greenmarlin
The other photos are mine 😉 Click here to find the bay on Google Maps.